Forever I Am – the most solid, mature and thoughtful work by (((O))), conceptual book consists of eleven stories, each of which is not a just a song, it’s the little unknown nebulous life…It’s the way from God to no reasoned awareness of own superiority, helplessness, frustration, opposition to dogmas, religious doctrines, concepts, and finally to conscious loneliness, that consequently leads to the release of all those pizdostradany and shit, narrated throughout the album.

«Wolfs Empire X How To Look Beautiful! The new album is like an infernal child full of love and violence and every track breezes with ritual entourage, making only talk with eyes! My blood remains c(((O)))ld, but inside all is burning k huyam!» Summer Of Haze

«This is it. The requiem for all living things. It’s breeding and it’s big as fuck.
Leads are like slices from a razor, the wobbles are the pumping heart that keeps it going, the bass is like a poison running through your veins and punchy, decisive beat drives everything forward similar to a march. The vocal samples, and the ambient pads gives such a floating feeling when the album takes it’s breaks from the total destruction it brings otherwise.
I really wouldn’t expect less from (((O))) and even though I always have high expectations for him he always beats them and goes even further.» Deer Diary

«From the second I first heard (((O))) I knew I had found gold. The sound has so many dimensions that you can listen to it over and over and still hear different parts you didn’t pick up on the first time. Which is why I’ve been so excited for this new album – Forever I Am. And all i can really say is – it does NOT disappoint! From the second the album begins, with Hello, cunts, you’re drawn into a strange nightmare of sound. Echoing vocal samples loop in and out, and all to build up for the mighty Ratty Dance, which hits you harder than a full-speed train collision, and just as quickly it can move to slow painful sounds like the outtro of #drunkfuck. But I don’t want to spoil ANY of it for you, just listen for yourself.» SIDEWΔLKS AND SKELE†ƟNS 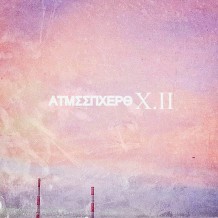 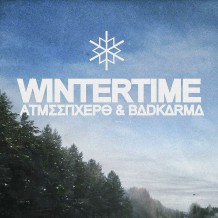